Since its founding in 2007, the Saint Ignatius Broadcasting Network has developed some of the best young broadcasters in the Northeast Ohio area. SIBN alumni have broadcasted and worked for organizations such as the MLS, ESPNU, FOX Sports, the Big East Digital Network, the Columbus Blue Jackets, the Cleveland Browns, the Big Ten Network, and 92.3 The Fan.

Read the success stories of SIBN alumni below, and contact moderator Joe Mertens at jmertens@ignatius.edu to be connected with any of the alumni listed below. 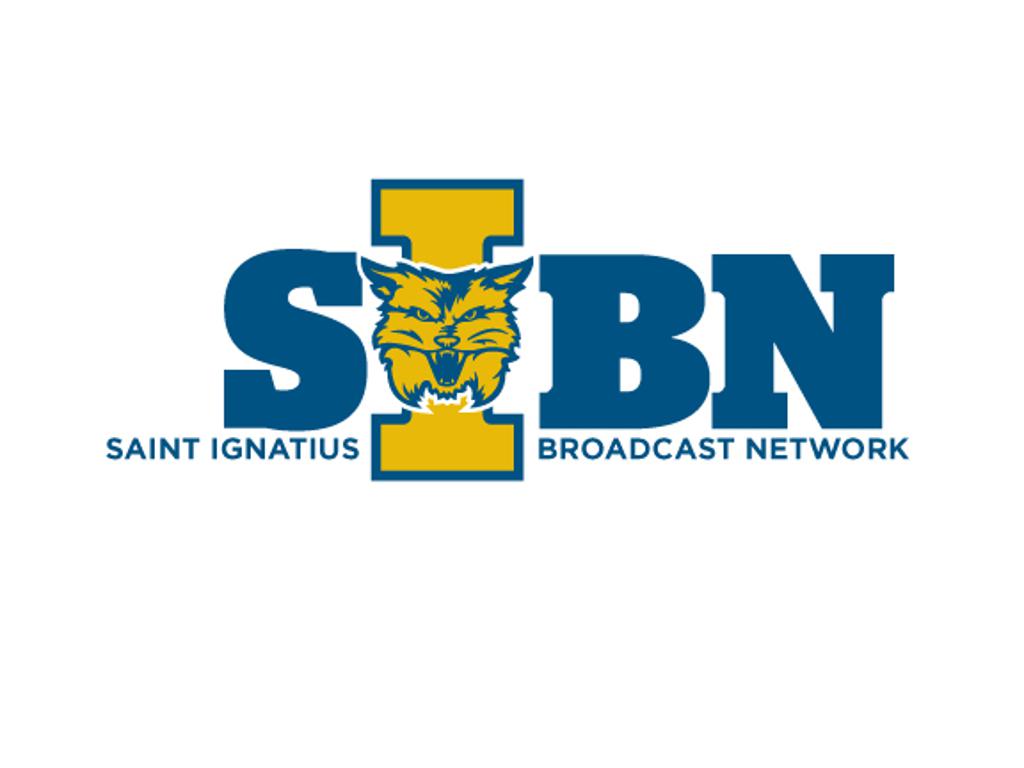 Jeff McCormick ’83, is the founder of the Saint Ignatius Broadcast Network and Student Sports Information Department. For 11 years, Jeff served as the moderator for the SIBN and 13 years as the Director of Advancement Operations and Planned Giving.

McCormick brings his own unique voice to game coverage and focuses the group on both the financial and broadcasting sides of the industry. McCormick can still be heard on the SIBN for home football and basketball games.

McCormick has built a remarkable Saint Ignatius tradition of the SIBN, with coverage of the annual Chariot Races and Student Award Ceremonies, along with the athletics and event coverage.

McCormick is now the Executive Director of Annual & Special Giving at Case Western Reserve University. McCormick's dedication to the SIBN will not be forgotten as the students continue to build the tradition.

Gulick founded the SIBN during the 2007-2008 basketball season with Declan Murray '09 and Anthony Valletta '09 and broadcast 50 basketball and football games over his last two years as a student at Saint Ignatius before moving on to John Carroll University. As a Blue Streak, Gulick spent four years in the Sports Information Department, served as the WJCU Sports Director and broadcast over 250 live events. In his time since graduating from John Carroll in May of 2013, Gulick has been behind the mic for a wide variety of teams and organizations, including the NCAA, the University of Pittsburgh, Baldwin Wallace University, Spectrum Sports Ohio, the National Women’s Soccer League, the United Soccer League, the Delmarva Shorebirds, (Class A Affiliate of the Baltimore Orioles), and University of Maryland Eastern Shore Hawks basketball.

Gulick is now the publisher, managing editor and beat reporter for the Ohio State Buckeyes on Sports Illustrated at BuckeyesNow.com. He's also a radio host at 92.3 The Fan in Cleveland. He currently resides in the Cleveland area. 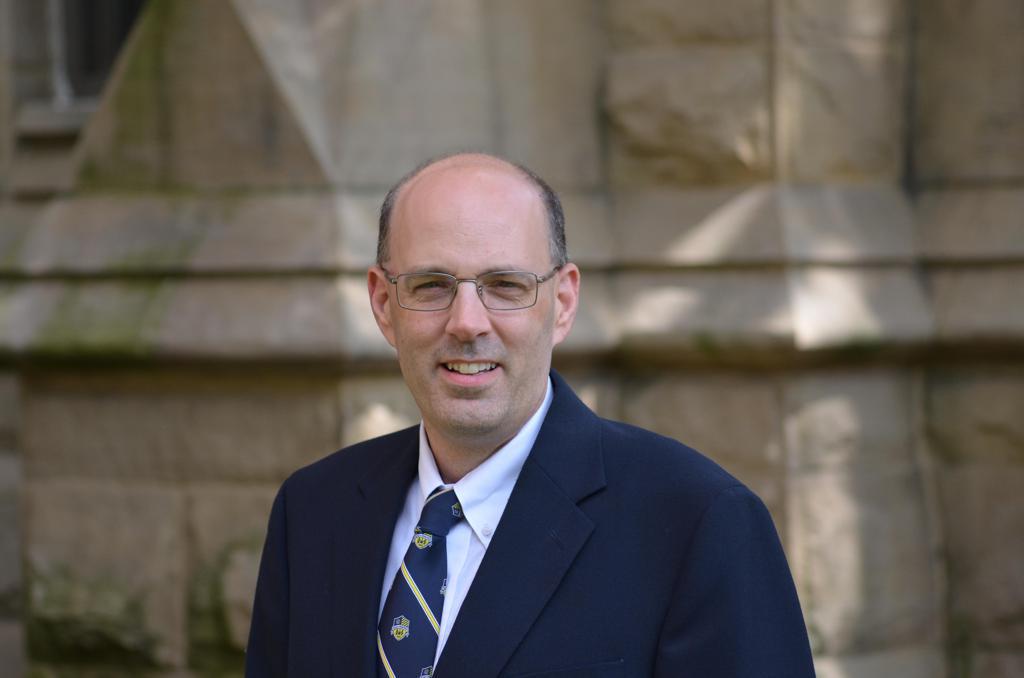 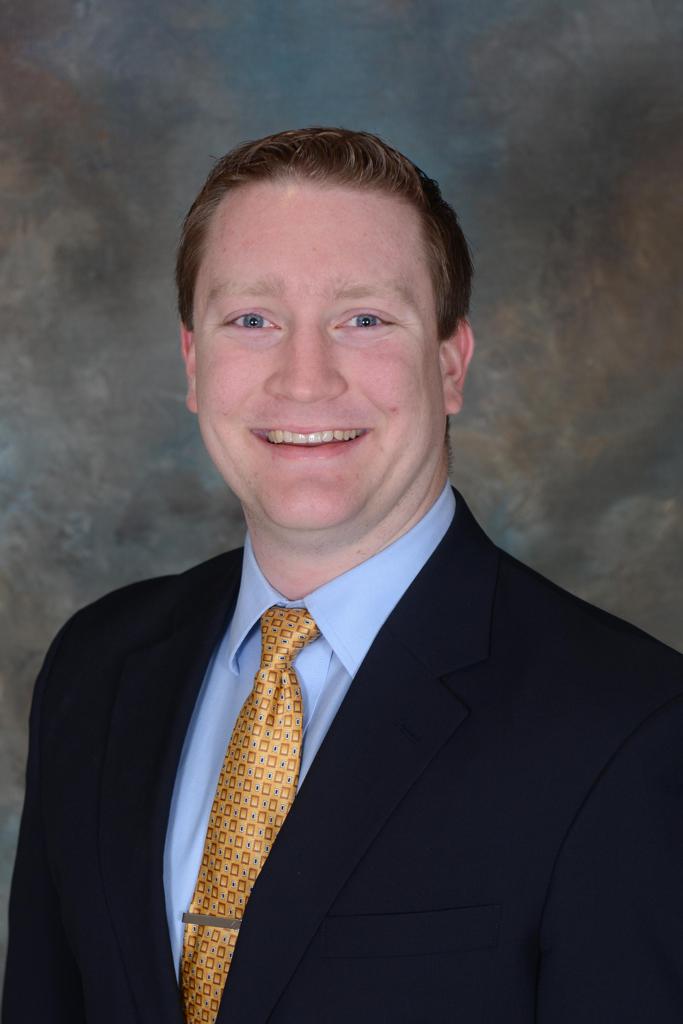 Following several successful years with the SIBN, Mike Watts '11 has served as play-by-play voice for a variety of events on digital, regional and national networks, as well as a PA Announcer at the legendary Madison Square Garden. Watts as called football, basketball, soccer, baseball, softball, and lacrosse at the collegiate level for the Atlantic 10, Big East, Patriot League, SEC, and ACC, in addition to international soccer competitions for ESPN 3 and CONCACAF.  Watts is a 2015 graduate of Fordham University's Gabelli School of Business, and won the 2014 Marty Glickman Award from its highly regarded radio station, WFUV-FM.

Currently, Watts serves as a play-by-play voice for USL and NWSL soccer, among several other roles, including the preseason voice of the Cincinnati Bengals. He currently lives in New York. 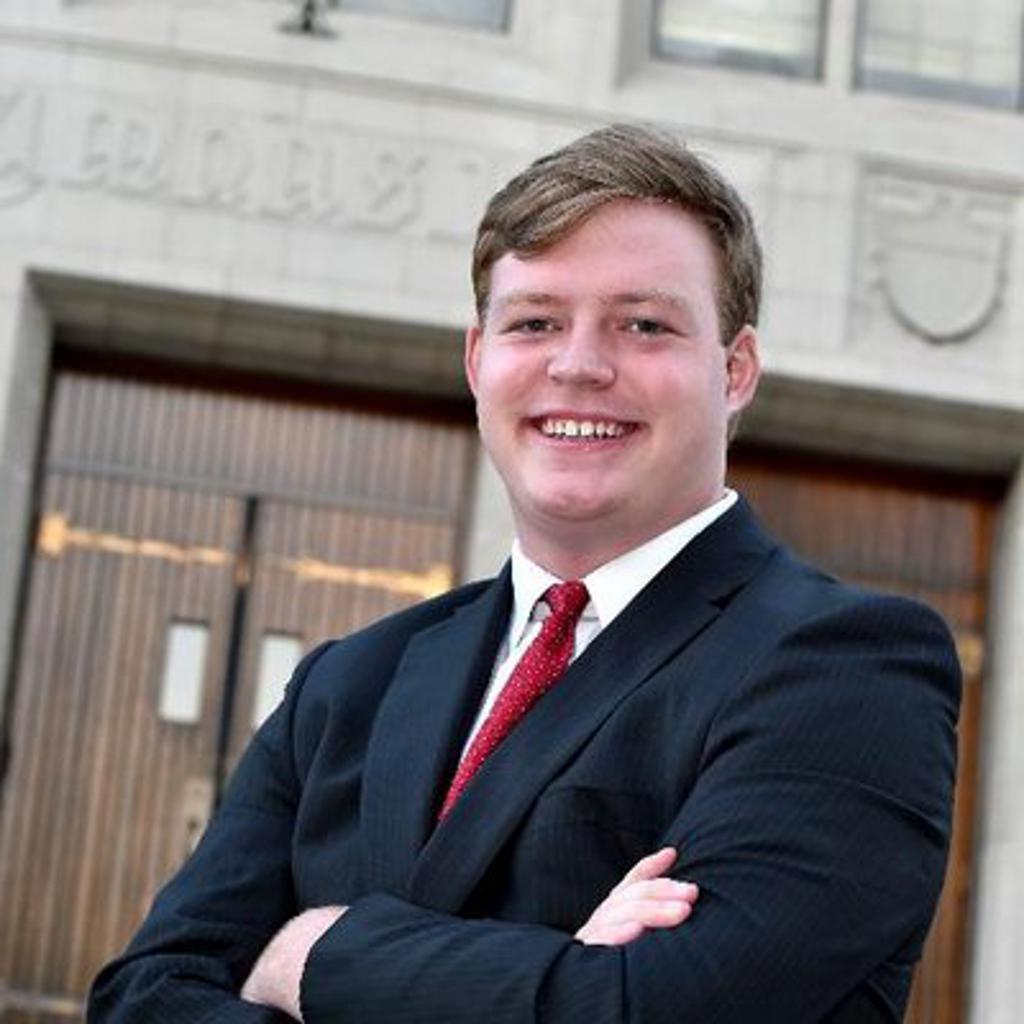 After his outstanding SIBN career, which included two years as President of the club, John Fanta '13 furthered his education and pursuit of a career at Seton Hall University. At SHU, Fanta served as the main broadcast personality on the Pirate Sports Network as well as a play-by-play commentator on 89.5 WSOU, Seton Hall University's radio home.

Fanta's work at Seton Hall led him to opportunities with the BIG EAST Conference. Fanta formerly worked as a sideline reporter for FOX Sports on BIG EAST Women's Basketball games and a wide variety of BIG EAST Olympic sports and serves as one of the lead voices on the BIG EAST Digital Network. During the conference's famous men's basketball tournament at Madison Square Garden, Fanta was a host of the postgame show from the floor of MSG. Fanta covered Seton Hall's BIG EAST Men's Basketball title in 2016. He then went on to cover the 2016 Final Four in Houston, Texas.

Currently, Fanta hosts his own show on the BIG EAST Network, the BIG EAST Shootaround. Notably, he serves as a lead play-by-play voice for College Basketball on FOX, covering some of the most noteworthy men's and women's games weekly.

Fanta can also be found on NBA TV calling NBA G-League games as he serves as a play-by-play voice for NBA TV.

During the pandemic, Fanta has also worked as a writer and host of Indians Baseball Insider, covering the Tribe. 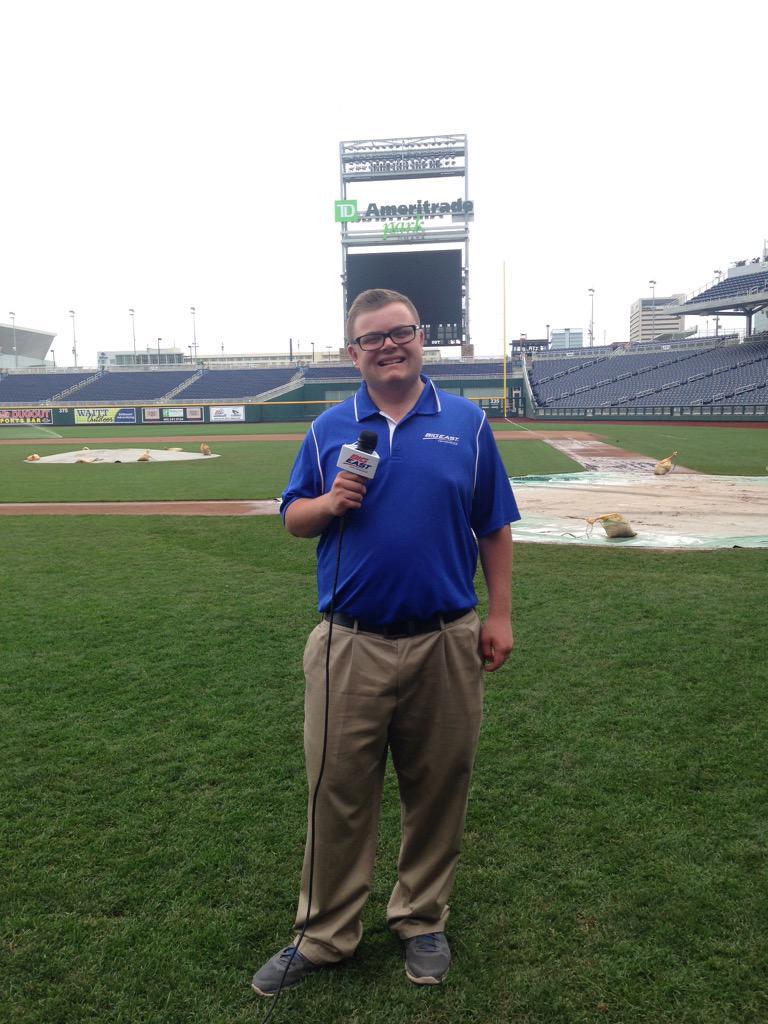 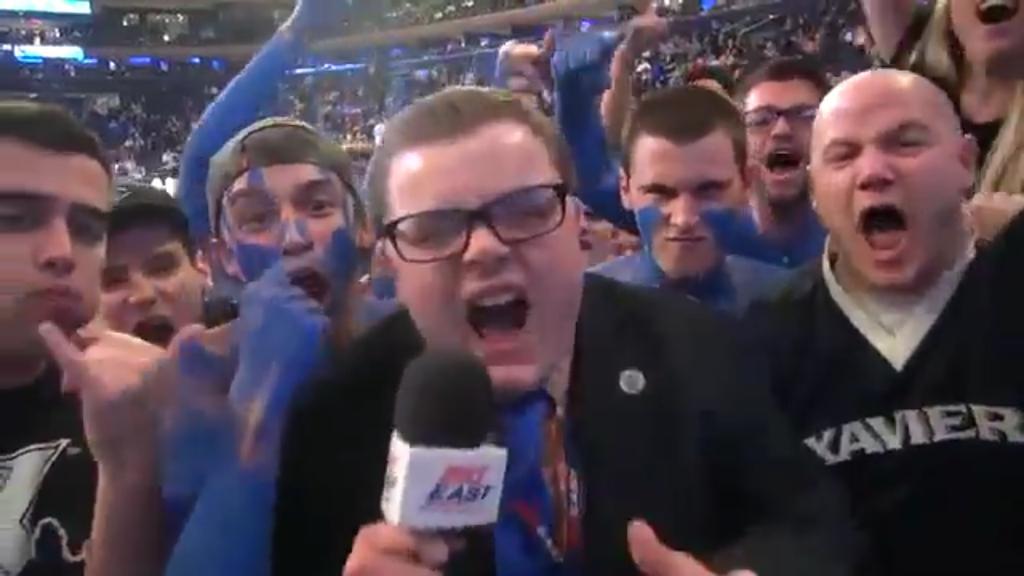 Miles began his Saint Ignatius career as an athlete with the varsity hockey team under coach Pat O' Rourke '90 before joining the SIBN his senior year. During his three years with the Wildcat hockey program, Miles was a two-time captain and graduated as the second leading scorer all-time. The spring of his senior year, Miles joined the SIBN as a color analyst alongside John Fanta '13 and Greg Ziton '13 for the 2013 state runner-up baseball team. During his time as a student at The Ohio State University, Miles was the president of Scarlet and Gray Sports Radio, the student radio home of the Buckeyes. Throughout his time at OSU, Miles enjoyed internships with the Columbus Blue Jackets of the National Hockey League, the Columbus Clippers, AAA affiliate of the Cleveland Indians and the Big Ten Network StudentU program. He awarded the 2016 Ohio Society of Professional Journalists' award for Best College Sports Writing for his work with The Lantern, OSU's student newspaper. After graduating from OSU, Miles worked for Ohio State Athletics before accepting a job in social media with the Cleveland Browns. Miles is now the Social Content Specialist at Tar Heel Sports Properties with Learfield/IMG College. 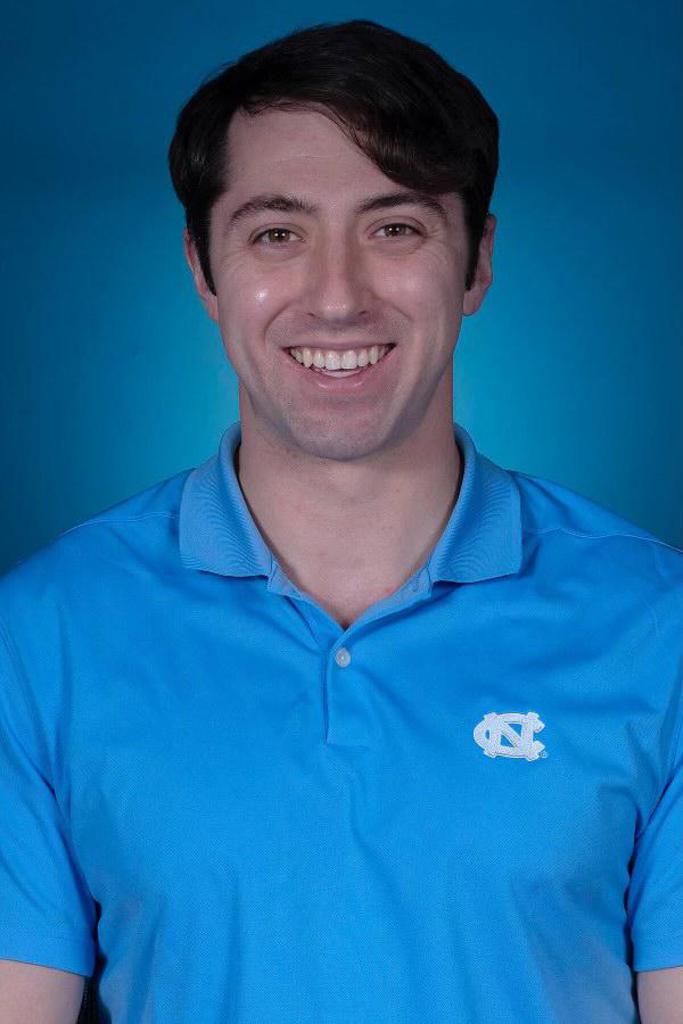